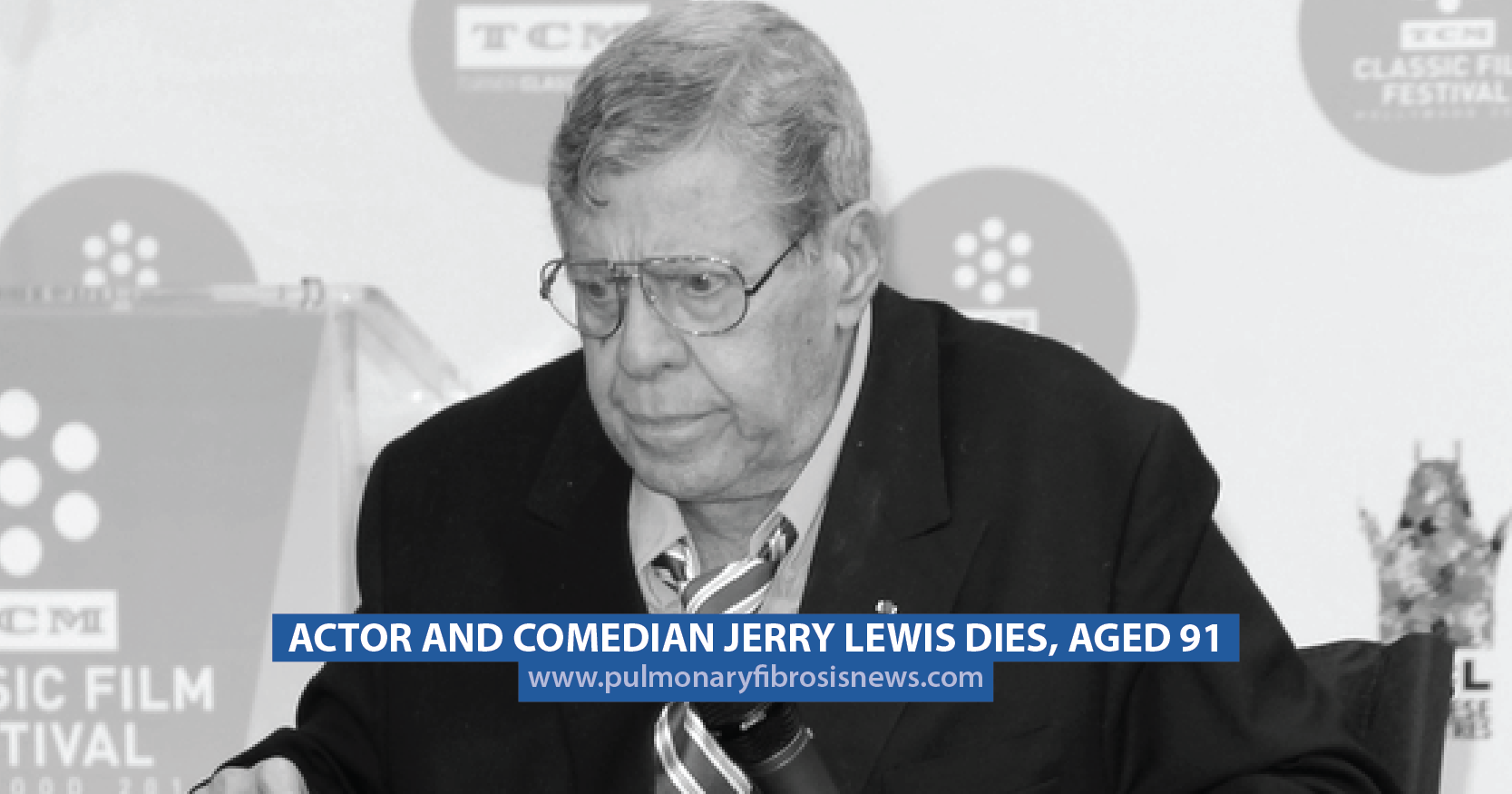 Actor and comedian Jerry Lewis passed away peacefully at his home in Las Vegas on Sunday, August 20. According to a report in people.com, he died from natural causes surrounded by his family.

MORE: Six ways to manage your health when you have pulmonary fibrosis

Famous for his slapstick comedy and his partnership with crooner Dean Martin, Lewis won an army of fans over his long and glittering career. However, the star was plagued with health problems and in May 2001 he was diagnosed with pulmonary fibrosis (PF).

Doctors treated Lewis with the steroid prednisone, a treatment that caused him to gain 50 pounds over a short period of time and become depressed. Over the years, he had also suffered a heart attack and has previously battled prostate cancer, viral meningitis, and diabetes. In an interview last year on CBS Sunday Morning, he talked about how frustrated he was that was unable to walk unaided.

Lewis had been hospitalized in June after he contracted a urinary tract infection but had returned to his Las Vegas home.

Jerry Lewis will be remembered as one of the finest Hollywood comedic actors and also for his charitable work. Over four decades, Lewis hosted an annual telethon in aid of people living with muscular dystrophy. During this time, it’s estimated he raised more than $2.5 billion for the Muscular Dystrophy Association.