The National Organization for Rare Disorders (NORD) will celebrate the 35th anniversary of both the 1983 Orphan Drug Act and NORD’s founding at a dinner tonight in Washington, D.C.

The 2018 Rare Impact Awards, to be held at the Andrew W. Mellon Auditorium, will be webcast via Facebook for those unable to attend. It takes place some six months after Congress voted to reduce the orphan drug tax credit from 50 percent of research and development costs to 25 percent. 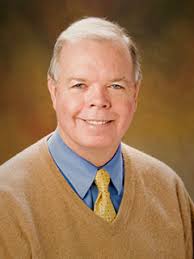 The annual event, which attracted 350 people last year, this year features music by Michael Smedley, a young pianist who lost his sight due to the rare degenerative retinal disease CRB1, as well as a performance by the David Bach Consort. A number of individuals and organizations will be recognized for their efforts within the rare disease community. This includes Robert Campbell Jr., MD, director of the Center for Thoracic Insufficiency Syndrome (CTIS). An orthopedic surgeon with Children’s Hospital of Philadelphia (CHOP) and inventor of the Vertical Expandable Prosthetic Titanium Rib Device, Campbell will receive NORD’s Lifetime Achievement Award.

Estelle Benson, founder of GBS/CIDP Foundation International, will receive the Abbey S. Meyers Leadership Award for her work on behalf of those living with Guillain-Barre syndrome, chronic inflammatory demyelinating polyneuropathy and related syndromes.

Richard Pazdur, MD, director of the U.S. Food and Drug Administration’s Oncology Center of Excellence, will get the Public Health Leadership Award.

“We are their voice,” he said in a March 26 keynote speech at the 2018 World Orphan Drug Congress in Maryland. “As we try to fulfill that mission and work not only with Capitol Hill, the states, FDA regulators and so on, we’re seeing advocacy change in the last three or four years.

“It used to be that mom, that dad, that child, going up to Washington for Lobbying Day trying to tell their story and influence change. But if you really want significant change, you have to bring empirical data and demonstrate why what you’re advocating for is necessary.”

Between the Orphan Drug Act’s passage in early 1983 and the close of 2017, the U.S. Food and Drug Administration approved a total of 668 orphan drugs and granted 4,065 orphan designations — from among the total 6,300 orphan drug designation requests made. “This legislation has worked extremely well for over 35 years,” Saltonstall said. “Our philosophy is, ‘if it ain’t broke, don’t fix it.’ But success brings challenges, and today, 95 percent of the 7,000 rare diseases still have no cure. Is the ODA really working as well as it should, or are their ways to make that number grow?”

Some on Capitol Hill have long criticized the Orphan Drug Act — which offers tax credits, fee waivers, and a seven-year period of market exclusivity — as a massive gift to the pharmaceutical industry. In particular, the Orphan Drug Tax Credit allows sponsors with orphan designation to collect tax credits for expenses incurred running clinical trials of potential therapies for a  rare, or orphan, disease.

This tax credit lowers the cost of drug development; according to NORD, 33 percent fewer rare-disease drugs would have been developed with that credit.

Too early to assess impact of partial repeal

Last year, Congress slashed that credit in half after the House of Representatives supported a bill that would have eliminated it entirely. The Joint Committee on Taxation estimated the partial repeal will save American taxpayers about $29.7 billion between now and 2027, compared to $54 billion if the credit were simply abolished.

Saltonstall acknowledged that despite the 35-year-old act’s success in driving innovation, “significant issues” abound — especially the fact that many patients cannot access approved therapies on the market for reasons that include their high cost or insurance coverage denial.

“We are willing to have conversations about the Orphan Drug Act,” said Saltonstall, a former hospital administrator. “There are still thousands of diseases with no therapy, and access continues to be an issue. But misinformation is making it more difficult to get things done.”

He added: “Maybe it needs a tune-up, maybe it doesn’t. But let’s look at it. We put together an interdisciplinary team that’s talking to everybody about their concerns. Our goal is to synthesize all that information and bring it back to Congress sometime within the next year.”

Of course, it’s “too early to tell” what impact the partial credit tax repeal may have, Saltonstall concluded, “but we’re tracking it very carefully. We’ve had people complain to us about it, and we’re keeping our eye on this.”