Decline in lung function is slower in people with advanced idiopathic pulmonary fibrosis (IPF) who start treatment with Ofev (nintedanib) or Esbriet (pirfenidone), although their risk of death remains considerably greater than those with mild to moderate disease, a study based on patient data reported.

The study, “Outcomes of patients with advanced idiopathic pulmonary fibrosis treated with nintedanib or pirfenidone in a real-world multicentre cohort,” was published in the journal Respirology.

Antifibrotic medications like Ofev and Esbriet are approved to treat IPF.  Their mechanisms of action differ, but both have been shown to reduce lung function decline.

These medications are often given to advanced IPF patients, but their effectiveness in this group remains to be determined.  Because these patients generally cannot participate in therapy trials, healthcare professionals are uncertain about a treatment’s benefits for them.

Researchers analyzed data from registries in those four countries to evaluate changes in lung function and transplant-free survival among people with advanced IPF, relative to those with mild to moderate disease. All started treatment with Ofev or Esbriet from August 2011 to November 2019.

Forced vital capacity (FVC) and diffusing capacity of the lung for carbon monoxide (DLCO) were used as indicators of lung health. While FVC measures the total amount of air a patient is able to exhale after a deep breath, DLCO assesses the lungs’ capacity to transfer oxygen to the bloodstream.

Data covering a total of 502 patients were in the study, with 66 (13%) of them classified as having advanced IPF at treatment start. Patients’ median follow-up time was 2.2 years.

“Our study demonstrates that in a large, multicentre cohort treated with nintedanib or pirfenidone, FVC decreases substantially over time among patients with mild–moderate IPF at the time of treatment initiation, but remains more stable among patients with advanced IPF,” the researchers wrote.

“By contrast, patients with advanced IPF had substantially poorer transplant-free survival than those with mild–moderate IPF,” they added.

A median time of transplant-free survival of 1.9 years among people with advanced IPF and 4.2 years among those in the mild to moderate group was also noted.

Likewise, the median time to disease progression, transplant, or death was 1.5 years for those with advanced IPF and 2.8 years for people with less advanced disease.

Because this study did not include control groups of untreated patients, researchers noted they could not evaluate treatment effect.

“In conclusion, in a broadly representative population of over 500 patients with IPF from four Nordic countries, we have demonstrated that patients with advanced IPF at the time of treatment initiation have more stable lung function during follow-up, but substantially greater risk of mortality, compared with patients with mild–moderate IPF,” the researchers wrote.

“There is a need for prospective studies specifically designed to determine the effect of antifibrotic therapy in patients with advanced IPF,” they added. 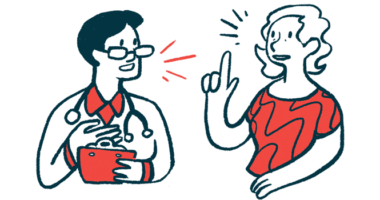