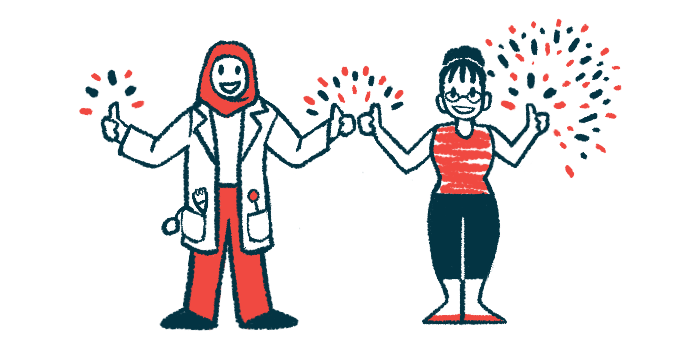 Bellerophon Therapeutics has gotten the green light to cut by about half the number of patients who may enter REBUILD, its ongoing Phase 3 trial of INOpulse (inhaled nitric oxide) for the treatment of pulmonary hypertension linked to pulmonary fibrosis.

The downsizing may help the company complete the study sooner, according to Bellerophon.

The change to the REBUILD trial — which is evaluating the safety and efficacy of pulsed inhaled nitric oxide (iNO) in PF patients on long-term oxygen therapy — was approved by an independent data monitoring committee and the U.S. Food and Drug Administration (FDA).

It allows the company to now cap the target patient number for the study at 140, down by more than half from the original 300. As for the rest, the study remains as previously agreed back in 2020.

“With this study size change, we believe that we are well-positioned to accelerate the completion of our Phase 3 REBUILD study,” Naseem Amin, MD, chairman of Bellerophon’s board of directors, said in a press release.

Enrollment is now open in most of the more than 60 study sites across the U.S.

Pulmonary fibrosis occurs when the lungs become scarred, making it difficult for patients to breathe and oxygen to be transferred into the bloodstream. In some cases, scarring can put strain on the pulmonary arteries — the blood vessels that connect the heart to the lungs — and cause pulmonary hypertension, in which blood pressure in these vessels rises too high.

INOpulse is a portable device that delivers nitric oxide by inhalation into the lungs via a nasal cannula. Nitric oxide is a chemical naturally found in the body, which causes muscles around blood vessels to relax. When inhaled, it allows blood vessels in the lungs to widen. This makes blood flow more easily into the lungs, reducing pulmonary hypertension.

REBUILD (NCT03267108) is testing how safe INOpulse is. It’s also assessing how well the device works for patients with pulmonary fibrosis who are on long-term oxygen therapy and at risk of developing pulmonary hypertension.

Patients who enter the study are randomly assigned to receive either nitric oxide — at a dose of 45 mcg/kg ideal body weight/per hour — or a placebo, using the INOpulse device. Neither participants nor researchers know which patient is receiving the nitric oxide and which the placebo.

Since the first patient entered the study, more than 100 participants have been randomized, Amin said.

The study’s main goal is to assess whether INOpulse-delivered nitric oxide is superior to the placebo at improving scores in Moderate to Vigorous Physical Activity (MVPA) from the start of the treatment up to four months later. Any improvements will be measured by actigraphy, which makes a record of the body’s activity levels by measuring motor activity and the amount and quality of sleep.

The committee’s green light to reduce the number of patients in the study came following an analysis of MVPA at the study’s start, along with compliance to treatment, and a review of safety data for the participants randomized so far.

“The target of 140 subjects maintains a statistical power of greater than 90% for MVPA, which has been accepted by the FDA as the primary endpoint for the Phase 3 REBUILD study,” said Peter Fernandes, Bellerophon’s principal executive officer.

The statistical power was calculated based on the effect size of a previous Phase 2 trial that assessed whether INOpulse could improve MVPA in 44 patients.

“The revised study size is based on an effect size generated from Phase 2 study data in 44 patients with the same primary endpoint being evaluated in the Phase 3 study, MVPA,” said Steven D. Nathan, MD, chair of Bellerophon’s REBUILD steering committee.

According to Nathan, also the medical director of the advanced lung disease and lung transplant program at Inova Fairfax Hospital, in Virginia, the analysis the presented to the FDA indicates that REBUILD will remain “adequately powered to demonstrate a statistically significant result on MVPA.”

“We look forward to working with the company to get this study over the finish line soon and build upon and validate the existing body of clinical evidence generated to date for INOpulse,” Nathan added.