Treatment with metformin, a medication commonly used to lower blood sugar levels in people with diabetes, was associated with a significantly lower risk of death or hospitalization in patients with diabetes and idiopathic pulmonary fibrosis (IPF), according to a study based on insurance data.

The study, “Evaluation for clinical benefit of metformin in patients with idiopathic pulmonary fibrosis and type 2 diabetes mellitus: a national claims-based cohort analysis,” was published in Respiratory Research.

Metformin, sold under the brand name Fortamet, Glucophage, among others, is a first-line treatment to lower blood sugar levels in people with type 2 diabetes mellitus. In addition to its effects on blood sugar, emerging research suggests it may also have anti-fibrotic effects, which could theoretically be beneficial to people with diseases like IPF that are characterized by out-of-control fibrosis, or tissue scarring.

A team led by researchers at the Mayo Clinic analyzed insurance data from the OptumLabs Data Warehouse database with the goal of evaluating the potential clinical benefits of metformin in patients with IPF and diabetes.

The two groups were matched in terms of age, sex, race, ethnicity, region of residence, year, medications, oxygen use, smoking status, healthcare use, and other health problems (co-morbidities).

In both groups, the average age was about 72, just over half of the patients were men, and about one in four were given anti-fibrotic medications.

“To our knowledge, this is the first real-world study assessing the clinical benefit of metformin in patients with IPF and [type 2 diabetes],” the researchers wrote.

Statistical analyses showed the risk of all-cause mortality was significantly reduced — by about 54% — in patients treated with metformin compared with those who weren’t. Metformin use was also associated with a significant decrease in the risk of hospitalization, which dropped by about 18%.

“Metformin therapy in patients with IPF and concomitant [type 2 diabetes] was observed to have a significant 54% reduction in all-cause mortality in this large nationwide claims-based dataset. This is striking and represents a far stronger effect than previously observed with anti-fibrotic therapy in a similar population, where anti-fibrotic agents reduced the risk of all-cause mortality by 23%,” the researchers wrote.

Similar benefits of metformin treatment were seen regardless of whether or not patients had co-occurring kidney- or heart-related health problems, the analyses suggested.

“While these results are intriguing, caution is encouraged,” the researchers wrote, emphasizing that this was an observational study limited by its reliance on insurance data. The findings, however, support further investigation into metformin as a potential treatment for IPF, the researchers said. 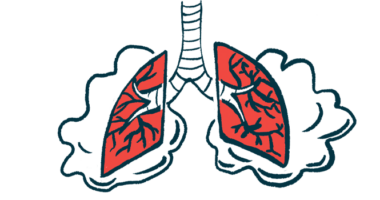