People carrying a genetic variant of the gene coding for Mucin 5B — a component of lung mucus and needed for cellular function — are at increased risk of developing idiopathic pulmonary fibrosis (IPF), according to a recent study.

In this variant, the nucleotide guanine, one of the building blocks of DNA, is switched to a thymine at one specific region in the gene.

This genetic variant leads to an increased risk of IPF across population subgroups, although the increase is most significant among Caucasians, the researchers found.

The study, “The minor T allele of the MUC5B promoter rs35705950 associated with susceptibility to idiopathic pulmonary fibrosis: a meta-analysis,” was published in the journal Scientific Reports.

IPF is a respiratory system disease characterized by fibrosis (scarring) of the lungs with no clear cause — though the role of genetic factors in the diagnosis and progression of this condition has received more attention in recent years.

Research has shown that as many as 20% of IPF patients have reported family members with pulmonary fibrosis, which may indicate a hereditary or genetic component.

Mucin 5B (MUC5B) plays a role in immune regulation by maintaining cellular function within the airways and alveoli — the tiny air sacs in the lungs where gas exchange occurs — through its role in maintaining the lung’s mucus.

Previous studies have found that a single nucleotide polymorphism (SNP) — a common variation at a single point in a gene — in the promoter region of the MUC5B gene shows a strong association with IPF risk and is present in 30–35% of IPF patients. The promoter is the region within a gene that is responsible for controlling its activity. It is in this region that the nucleotide guanine (G) is switched to a thymine (T).

Now, researchers performed a meta-analysis, examining data from a large number of completed studies, to determine the correlation between this particular SNP genetic variant, called rs35705950, and IPF risk.

A total of 24 studies were selected to be included in the analysis. Altogether, they included a total of 6,749 IPF patients and 13,898 healthy people, who served as controls. Among the participants were 5,100 Caucasian, 1,090 Asian, and 559 mixed population patients.

Using a heterogeneity test, which looks at the variation in outcomes between studies, researchers showed that the T-allele, unlike the G-allele, was associated with IPF risk. Of note, an allele is an alternative form of a gene.

Additionally, they found that when comparing the T and G alleles in various populations, including Caucasian, Asian, and mixed population groups, the T-allele was still associated with IPF risk.

The team then used another analysis model to evaluate the correlation between MUC5B possible allele combinations and IPF susceptibility.

After combining individuals with the GT and TT genotypes, and comparing them with those with the GG genotype, researchers arrived at the same conclusion: patients harboring at least one T-allele were 4.84 times more likely to develop IPF. This increased risk was also seen across all populations, particularly among Caucasian patients (6.30 times higher).

The TT genotype also was associated with an increased risk of IPF across all populations compared with the GG and GT genotype, especially among mixed populations patients (22.94 times higher).

They also noted “the association strength of minor T allele in Caucasian population was more significant than that in Asian population.” 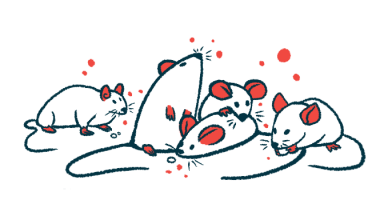