Phase 3 InPedILD trial reports 38.5% had diarrhea, but no new side effects 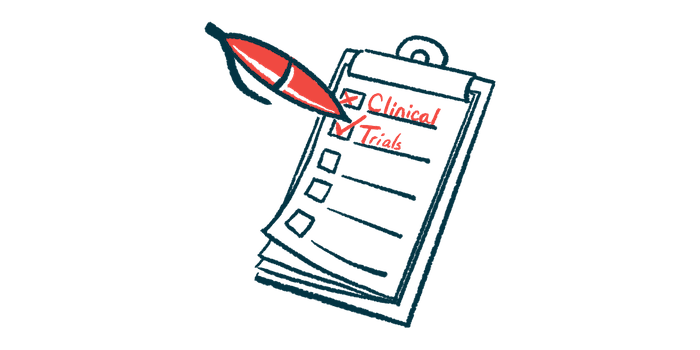 The oral anti-fibrotic treatment Ofev (nintedanib) was found to be generally well-tolerated among children and adolescents with fibrosing interstitial lung diseases (ILDs) in the Phase 3 InPedILD clinical trial.

Based on these findings, Boehringer Ingelheim, Ofev’s manufacturer, is planning to submit applications to regulatory health authorities in the U.S. and Europe requesting Ofev’s approval for the treatment of children with these conditions. If approved, Ofev will become the first treatment specifically approved for this young patient population, addressing a highly unmet need.

Trial results were published in the European Respiratory Journal in a study, titled “Nintedanib in children and adolescents with fibrosing interstitial lung diseases.” The work was sponsored by Boehringer.

“While childhood interstitial lung diseases are very rare, their impact on children, teenagers and their loved ones can be devastating,” Susanne Stowasser, MD, associate head of medicine pulmonology at Boehringer Ingelheim and co-author of the study, said in a press release. “The findings from InPedILD help meet the urgent need for well-characterized therapies for these children and adolescents living with ILD.”

Childhood ILDs include more than 200 lung diseases that can cause breathing difficulty in young people. Some children and adolescents with ILD will develop pulmonary fibrosis (lung scarring), which is associated with worse clinical outcomes. There are currently no approved therapies for these children.

“Based on the [Ofev] mode of action, preclinical evidence and the clinical benefit in adults, there was a compelling rationale for examining its effect in children living with interstitial lung disease,” said Robin Deterding, MD, study co-author and director of the Breathing Institute at Children’s Hospital Colorado.

Participants were randomly assigned to take Ofev (dosed according to body weight) or a placebo for 24 weeks (about half a year). All participants who completed the placebo-controlled portion of the study had the option to roll over into an open-label extension part where all were treated with Ofev.

“The InPedILD trial is the first international placebo-controlled trial to have been conducted in children with ILD and as such represents a landmark in the field,” the researchers wrote.

The main goals of InPedILD were to assess the therapy’s pharmacological and safety profiles in these young patients.

Pharmacological data showed that exposure to Ofev — that is, the amount of medication that ended up in the children’s bloodstreams — was similar to what has been observed in older patients given the approved adult dosage (150 mg twice daily).

In terms of safety, Ofev was generally well-tolerated. The most common treatment-related side effect was diarrhea — reported in 38.5% of participants on Ofev and 15.4% of those on placebo during the 24-week study.

Analyses showed no noteworthy effect of Ofev on children’s growth or bone development. A few children given Ofev showed signs of reduced growth of tooth roots, though these changes could not be confirmed by an expert pediatric dentist when taking into account all available clinical and demographic data.

“The results demonstrated that [Ofev] had an acceptable safety profile in this patient population,” the researchers wrote.

“As in adults, the most common adverse event associated with [Ofev] in the InPedILD trial was diarrhoea, but the proportion of children who experienced diarrhoea was lower than that observed in adults, and there were no discontinuations due to diarrhoea during the double-blind period,” they wrote.

Other measures reported in the study included assessments of lung function, life quality, and exercise capacity. Across all these endpoints, results tended to favor Ofev over placebo, though none of the results were statistically significant.

The researchers noted a need for caution in interpreting these results, highlighting the small size and relatively short duration of the study as limitations.

“This trial supports [Ofev’s] potential use as a treatment with an acceptable safety profile for children and adolescents, for whom no approved evidence-based therapies exist,” Deterding said.