People with rare diseases know that the right government policies can make a big difference in the quality of their own lives, and those of their caregivers.

But most lawmakers aren’t experts in even one well-known disease — let alone the world’s estimated 7,000 rare disorders. So how does the rare-disease community help them decide what policies to adopt? One way is to survey patients and caregivers about their needs, then share the results with officials so their decisions can be based on facts rather than conjecture.

For the last three years, Eurordis-Rare Diseases Europe— a Paris-based alliance of more than 800 patient organizations — has conducted the Rare Barometer Program, whose reports feature straightforward, reader-friendly analyses, and colorful graphs and charts.

More than 3,000 people, 60% of them patients, typically take part in these surveys. They represent about a third of the 10,000 patients, family members, and caregivers now in the Eurordis database.

“A number of politicians have quoted the results of our surveys” in pushing for specific rare disease policies, Courbier said. The reports also help researchers understand how patients want to participate in studies, including clinical trials, while raising public awareness of rare diseases.

“All of the information shared with us is confidential,” she said. “It is used to create a collective analysis, and is not shared with anyone other than the Rare Barometer team.”

Eurordis also has developed relationships with universities conducting similar research. For example, she said, it is teaming up on a survey with Cardiff University in Wales.

To ensure the widest possible dissemination of results, Rare Barometer publishes its surveys and reports in 23 languages. And while it covers all rare diseasesrather than selected ones, the team will break out findings on a particular disorder if a member organization requests it. It also will break out results by country, age, and other factors if a member asks for more detailed analysis.

The team conducts two to three surveys per year. One in 2017 focused on the day-to-day challenges of rare-disease patients and caregivers. One of the biggest challenges, the survey found, is an often-experienced one: requirements that patients visit multiple different healthcare, social service, and local support facilities in a short time period. Other challenges include mental health issues, and achieving a balance between work and family life. 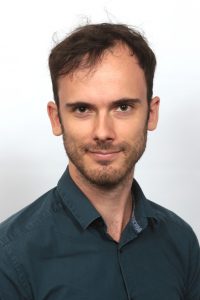 A 2018 survey on attitudes of rare-disease patients toward participating in research yielded intriguing results, including the following:

A number of Eurordis members consider the surveys such a good awareness-building tool that they put Rare Barometer graphs and charts on their websites or social-media platforms, Courbier said.

Berjonneau remembers learning from an email a year ago that the surveys not only inform those in the rare disease community, but also comfort them.

The message was from a British woman who had lost her job because of her rare disease.

When she read a Rare Barometer survey showing that this happens to many people with rare diseases, she understood that others were in similar situations, Berjonneau said.

“Once she realized she wasn’t the only one who has faced this problem, she said she didn’t feel so alone,” he said.

Hal Foster, PhD Hal Foster is a veteran journalist at the Los Angeles Times and other news organizations in the United States and Japan, and a longtime journalism professor. In addition to the LA Times, he worked at the Portland Oregonian and the Seattle Post-Intelligencer, was executive editor of Pacific Stars & Stripes in Tokyo, and wrote about the war in Ukraine for USA Today. He has a Ph.D. in journalism from the University of North Carolina, and has taught in the United States, Kazakhstan and Ukraine, where he was a Fulbright scholar.